I consider myself fortunate to be able to do what I love in order to pay the bills. So when I have the opportunity to work with talented and creative people, it’s a bonus. And a very enjoyable one.

Last year my friend Mark Peters asked me to illustrate his book Bullshit: A Lexicon, which was a blast to do. Soon after, Cathy Salit asked me if I wanted to draw cartoons for  a book she was writing about how learning the principles of improv can boost your job performance. I was happy to say yes.

Cathy is the CEO of Performance of  Lifetime, a group of individuals grounded in improvisational theatre who help companies to take their work to the next level through an understanding of performance. A few of us cartoonists had performed at a POAL event, so I knew her already. She told me that the book was based on the Becoming Principle, the paradoxical idea that we don’t discover who our authentic selves are until we are allowed to play and improvise, trying on different roles in life.

I’ve never taken an improv class, but I knew that one of the core ideas is that, by saying “yes, and…” to your teammates (and by them saying it to you) you can safely venture past your self-imposed limits and into unexplored territory. I told Cathy that, although she might have initially hired me to read the chapters and then draw cartoons reflecting the concepts within them, I thought it would be fun to try something which honored the spirit of the book – something improvisational. Maybe something I, or we, had never done before, kind of figuring it out as we go. Maybe create a new form of illustration!

I met with Cathy and her team and we came up with a bunch of interesting ideas to fool around with. One of the crazy ones was for her to read the book aloud and have me take a set of graphical notes in real time and then just print them as they were! Which was improvisational and risky, but maybe a little too risky. One of the more satisfying ideas was to create a set of recurring characters that would interact with the content of the book – learning, clarifying, echoing, maybe even disagreeing and not “getting it” until the conclusion of the book.

We tried this out, but we both felt like it didn’t work in the way we wanted it to.

An idea that stuck was to create title pages for each chapter, where the chapter number would somehow illustrate the central idea of the chapter. For instance, chapter 9 is titled Those Challenging Conversations, so I had to make a 9 which symbolized that idea.

One of my favorites is Chapter 7, where I didn’t really have to do any drawing at all.

Visually, these got a lot more challenging with the double-digit numbers (like 11, below), so I’m glad there are only 12 chapters. 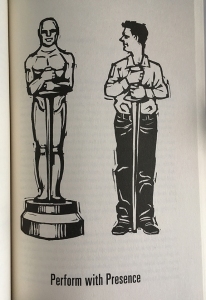 This was a fun exercise to do, and there were a lot of both good and bad ideas which ultimately got rejected from the book:

And in the end, I did draw cartoons for each chapter. But we did it because it was the right idea, not because we had simply run out of other ideas. 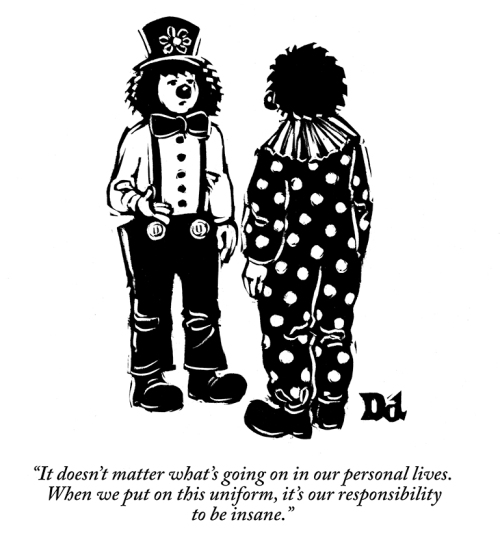 Best of all, I’ve learned a great deal by working with Cathy and everyone at POAL (and have continued to work with the organization on various projects since finishing the book). I’ve experienced the “yes, and” principle and the Becoming Principle first-hand. They have enabled me to become more confident in risk-taking, and have changed the way I think about how I communicate in relationships. And I think that this is why you should by this book – not because of my drawings. But I hope that when you do, you’ll find the drawings bringing Cathy’s lessons to life.